As per current QLD Government guidelines, the wearing of masks inside is recommended but not mandatory.

BrisAsia Festival presented by Brisbane City Council returns from 1-19 February 2023 to celebrate Lunar New Year! There’s no better way to start your year than to connect with culture at BrisAsia Festival, with something on offer for the whole family.

Brisbane-based Indian vocalist Parminder Singh is a rising star on Brisbane’s world music scene whose deeply sublime voice has been mesmerising audiences since his arrival in Australia in 2019.  Supported by a highly credentialled band featuring guitar and keyboard player Steve Shankar and tabla percussionist Ravikesh Singh, Parminder’s performances blend Indian classical and Sufi music with contemporary soundscapes and poetic original songs in both Hindi and Pubjabi languages.  Born and raised in Amritsar, Punjab, Parminder brings personal warmth and a modern touch to ancient vocal traditions that now call Australia home.  Having supported Charulatha Mani in Rare Voices 2021 and featured in the BEMAC concert Garland of Languages, Parminder’s artistic trajectory is now to become one of Brisbane’s truly rare voices.

林钟（G in Forest) is a trio of three outstanding female musicians from China, encompassing Wang Zi (lead singer), Fanghui chen (Erhuist) and Annabelle (Guzheng player). The trio’s name derives from the one of the ancient Chinese music scales. Also, it represents perfect fifth in Western music. Through its interval characteristics, this trio will convey eastern-based aesthetic concepts and improvise traditional music based on the Chinese literature pieces. They reproduce the elegance of the Chinoiserie style and brings the best of Eastern culture through music within cultural landscape of Brisbane.

A breakout year on The Voice Australia 2017 working with Team Seal, Liz Conde shot to prominence in the Australian music scene as a powerhouse singer with a captivating stage presence.  A proud Filipino/Australian with television appearances and regular live performances across Brisbane including feature performances at Brisbane’s annual Filipino Festival the Barrio Festival, Liz has supported Filipino celebrities such as Jose Marie Chan, David Pomeranz, Sarah Geronimo & Lani Misalucha.  Born in Makati, Manila Liz returns to her cultural roots for Rare Voices 2023 with special program featuring Original Pinoy (Filipino) Music, also known as OPM from the Philippines. The genre OPM evolved during the 70s through a rich fusion of traditional Spanish and American popular music featuring power ballads with sweet lyrics.

Queensland Music Award winner Ray Lin is a composer, conductor, and arranger specialising in music for concert hall and screens. Ray’s music has been featured in concerts in the United States and China; and at local, state, and national venues and platforms in Australia, includingQPAC, ABC ME, Brisbane City Hall, 4MBS Classic FM, Old Museum Concert Hall, and QLD-GOMA, among others; and in performances by the Queensland Pops Orchestra, Topology, Queensland Conservatorium Symphony, Orchestral Naturalis and others. Ray has received many outstanding awards for his works, including a 2022 David Blumberg Award from ASMAC (USA), and winning the Contemporary Classical “Song of the Year” prize at the 2020 Queensland Music Awards.

Born in 1993, Yizheng Cai began learning the piano at the age of five.  In 2012, Cai studied piano under Professor Martin Canin and Professor Robert McDonald from Juillirad school in the United States. In 2020, he completed a Bachelor of Music degree majoring classical piano performance at the Queensland Conservatorium (Griffith University) under Russian pianist Oleg Stephanov. In the same year, Cai enrolled in the Master of Music Studies in performance program with Griffith International student academic excellence scholarship and graduated with distinction in 2022.

In 2008, Cai was invited to enter the 32nd Gina Bachaeur International Piano Competition in Salt Lake City (USA) without first round audition. As a strong pianist, Cai performed extensively in many musical events at Shanghai Grand Theatre, Shanghai Recital Hall, and within the halls of Queensland Conservatorium (Griffith University). He is highly praised for his performances and has won prizes such as the excellence award at the Second Scone Kawai National Piano Competition and being selected as the runner up with vocalist Sara Donnelly for the Margaret Nickson Prize for Voice and Accompaniment in 2019. In 2021, Cai performed Liszt Concerto No.1 with the Queensland Conservatorium Symphony Orchestra conducted by Maestro Johannes Fritzsch in Concerto festival. In 2021, Cai won the first prize of Kayserburg international piano competition in the Australian Division and oversea group finals.

Ten years ago, a small group of Brisbane students started learning the art of Japanese drumming under the remote tutelage of Taikoz, Australia’s premier, Sydney-based team. Over time, this class grew in number and joyful spirit as more lovers of taiko were attracted by the heart-throbbing DON of the drum. In 2015 the class was handed over to Chie and Yukako of local taiko group Tokoton. These new sensei patiently guided their fledgling “Taiko Kyoshitsu” (“drum class”) to practise hard and work towards performance level. They finally emerged from the nest in 2022 as Tenteke Performance Team.

Watching Tenteke perform is a pulse-pounding experience, with 6-12 drummers passionately playing original and traditional pieces on a variety of timber drums. Taiko is a dynamic art form involving the whole body and featuring other traditional instruments – a feast for the eyes and ears! Taiko has been played in Japan for hundreds of years in religious rituals, festivals, theatre, and more recently as a performance craft in its own right. Although an amateur group, Tenteke has already clocked up an impressive repertoire of performances, including many local cultural festivals (e.g. Buddha’s Birthday, Brisbane Matsuri), corporate events, weddings and even international cricket matches

As part of BrisAsia Festival, Rare Voices at SunPAC is a special concert celebrating diverse voices from across the Asian region. This unique program engages with diverse communities by offering a selection of emerging artists an opportunity to participate in the event via an expression of interest. The successful EOI artists will be sharing the stage with professional musicians, collaborate in an open rehearsal on Saturday 11 February 2023 at 12 noon at SunPAC, and present their music live onstage during the Rare Voices at SunPAC concert on Saturday 18 February 2023. 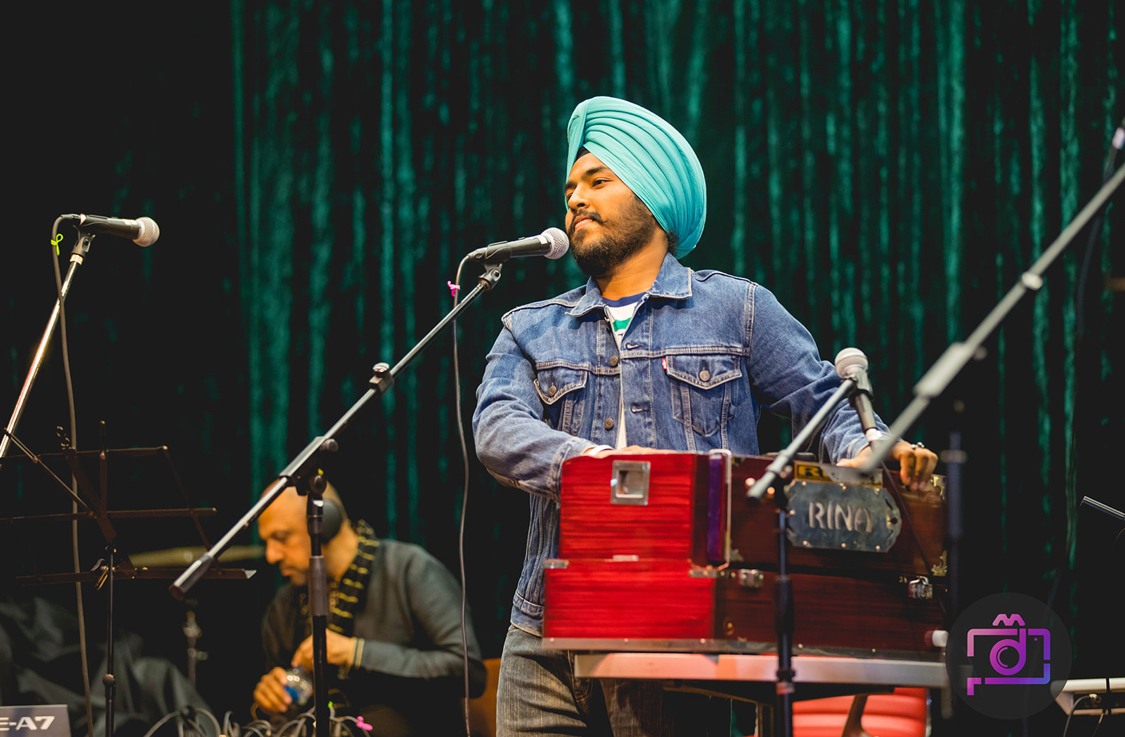